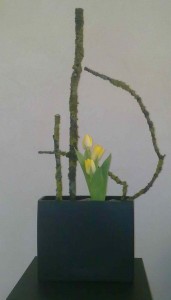 The name Medical Qi Gong is used for the therapeutic application of exercises that foster maintaining one’s health and the healing process of diseases. Besides physical exercises, Qi Gong also comprises various breathing and concentration exercises. By practising these exercises, our health and the healing process of illnesses is influenced directly through our meridians and organs. The basic idea is that one can actively improve his or her health. Everyone can reawaken what is called our “self-healing powers” in classical naturopathy.

In total, there are tens of thousands of different Qi Gong exercises, all of which are used to produce different effects, many of them for over 2000 years. In my practice, I offer various Qi Gong exercises for different diseases and problems. According to the diagnosis, medical exercises are selected to fit your unique needs.

Fragrance Qi Gong consists of simple, easy to learn exercises. On the one hand it serves to harmonise our organism and to prevent falling ill, on the other hand diverse complaints and disorders can be treated by Fragrance Qi Gong. Some masters in China describe the appearance of scents during the exercise – therein originates the name.

Today, Guo Lin Qi Gong is widely used in China for the treatment of tumours and chronic diseases. The founder of this Qi Gong style was Mrs. Guo Lin. Coming from a Daoist family and familiar with Qi Gong exercises since an early age, she became ill with metastasising uterine cancer as a young woman. She was operated a total of six times. However, from the point of view of orthodox medicine, her tumour was deemed to be uncurable. She remembered the Qi Gong she had already learned, chose exercises from Daoist and Buddhist monasteries and modified them so that they could be used to treat tumour diseases. Using this method, she herself called “New Qi Gong”, Mrs. Guo Lin became healthy again and began to teach this “New Qi Gong” in Beijing’s parks around 1970. Since then Guo Lin Qi Gong has been widely used in China. In China today, Guo Lin Qi Gong is always used in combination with conventional medical therapies.

Guo Lin Qi Gong consists of simple exercises that are performed daily in nature, in the forest or in a park with a special breathing technique. In terms of orthodox medicine, this significantly increases the oxygen supply in the capillary circulation. The immune system and the body’s defences are strengthened. In addition, there is a strong positive effect on the psychological situation. Also, conventional medical therapies such as chemotherapy and radiation are better tolerated.

These various effects can favourably influence the course of tumour diseases as well as other chronic ailments.